Are Plasma Air Purifiers Safe To Use At Home? 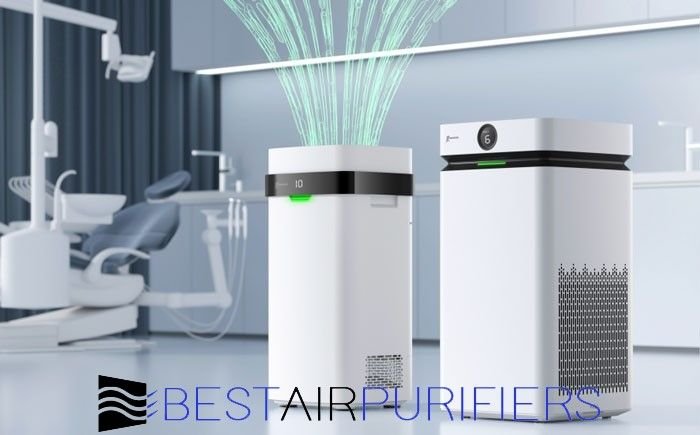 Can Plasma Air Purifiers Emit Ozone & Are They Safe?

As we are becoming a more health-conscious world, many of us are looking for ways to improve our indoor air quality and take away pollutants from our home, plasma air purifiers are one of the newest pieces of technology to clean the air we breathe in but are they safe?

Plasma air purifier models do have a wide range of advantages to consider however and can successfully help you clean the air of airborne contaminants and harmful particles, so to help you decide whether or not a plasma air purifier is for you, we have composed a short guide below.

What Are Plasma Air Purifiers?

A plasma air purifier is essentially a device that uses a filter and ionization to remove organic compounds and airborne contaminants from the air, whether these are dust particles, fungal spores or allergens floating around.

Plasma air purification devices were mainly used as medical devices to clean hospital air, but can now be used at home in an HVAC system to clean the air thoroughly. Many professionals use plasma air purifiers as they are easy to maintain too and don't require you to change the filter often like other air purifiers.

How Do Plasma Air Purifiers Work?

Once the negative charged airborne particles attach themselves to the positive ones, they weigh them down and effectively remove them by changing the molecule structure and destroying them, or they bond together to make the airborne bacteria particles larger, meaning they will be easier to trap through the filter methods on the purifier.

Some plasma purifier machines will also destroy these bad particles when bacteria comes in contacts with the ions.

We have listed the three main ways this plasma air purifier cleans your air below.

What Is The Difference Between Air Ionizers & Plasma Air Purifiers?

When looking at these plasma air purifiers on the market, you might have heard the ionizers and purifiers used interchangeably when it comes to cleaning the air and wondered if there is any difference between the two.

A plasma air purifier is no different to an air ionizer as it uses ionizers to clean air particles, however, these models integrate a HEPA filter too and destroy particles, which uses an air purifying system to push clean air back into the room, so it like an air ionizer with the addition of a filter and fan.

Even though types of ionizers such as the popularity of plasma air purifiers are growing, there is still a lot of debate about whether or not these high-quality indoor air cleaners are beneficial or if they have too many disadvantages to be used in a home.

We have compared the pros and cons of plasma air purifiers below to help you make an informed decision about whether or not this air cleaning technology is right for you.

Plasma air purifiers use plasma wave technology which makes them safe from ionizer dangers such as ozone emission, they protect you from harmful gases, forms of pollutants, organic nature odours and other bad air particles which could cause allergens.

The filters on these machines don't need a lot of maintenance too and they are easy to function.

There are some drawbacks of plasma air purifiers to consider however, for example, these kinds of air purifiers are very expensive upfront and not affordable for most people.

The electromagnetic system of these purifiers can interrupt electronics too and they have a high power consumption.

Are Plasma Air Purifiers Dangerous & Do They Emit Ozone?

As plasma wave technology is still a fairly new product on the market, many people assume the ionizing system of these purifiers run the potential risk of high levels of ozone like other purifiers on the market.

Well, plasma air purifiers are said to not give off potential ozone exposure and are safe to run, but some sceptics still argue there is a risk of oxygen particles getting converted to ozone during the ionizing process, meaning there is still a chance.

Ozone is a toxic gas generated by some ionizing air purifiers which cause chemical reactions, respiratory issues and even chronic sinus infections.

What Alternative Air Purifiers Can I Use?

If you would rather not risk using a plasma air purifier in your home due to being worries about ozone, then there are some other standard air filter purifiers to consider which can get rid of gaseous pollutants, odours and harmful airborne particles.

To conclude, plasma air purifiers are stated to be safe to use in your home and emit no levels of ozone, making them great to use for cleaning the air and getting rid of allergens or dangerous gases, however, the process of these purifiers do have some speculation, so you should do your research before investing in a plasma model rather than the alternative purifiers we have mentioned above which emit no ozone.

Kirsten Carter
Kirsten Carter is a freelance content writer who specialises in writing about travel, technology and health. When she's not traveling between her home of Tanzania and England, she writes for her blog Rightminded Travelling and features on a variety of different travel and technology sites.