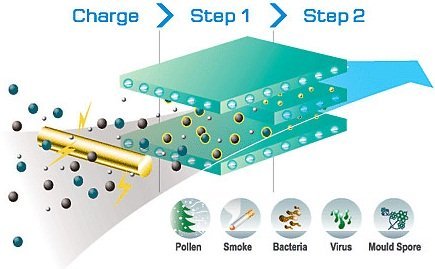 
Reports have suggested that indoor air pollution levels are far higher indoors than they are out in the open air, and the addition of cigarette smoke can make things worse. If you or someone else in your household smokes inside the home then you may well be worried about the risks of second-hand smoke.

We know that exposure to cigarette smoke in non-smokers can be very harmful, and cigarette smoke can also trigger asthma attacks, breathing problems in children, sore throats, increased risk of serious illnesses, coughing and ear infections. Seeing as air purifiers can, as the name suggests, ‘purify the air’, then surely they can help make reduce the risks of cigarette smoke within the home?

The unfortunate truth is that no air purifier can remove 100% of smoke related chemicals from your air, and if you smoke inside the house then other people are likely to breathe that smoke. Cigarette smoke has around 7,000 chemicals in it. These chemicals include tar, the brown substance which can stain the walls and ceilings of buildings, various carcinogens which are known to be dangerous for your health, and nitrogen oxides, a substance which is also found in cars. 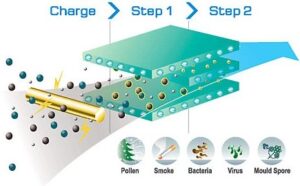 The best thing you can do to rid your house of cigarette smoke is to not smoke in your house. This will not only prevent second-hand smoke circulating through your house, but it will also stop your clothes, walls and furniture smelling like smoke. Second-hand smoke can lead to asthma attacks, it can be particularly harmful to children, and it can also result in watery eyes, coughing and irritation.


We know that smoking outside might not be an option for you. Some landlords don’t allow smoking in the garden, or you may live on a busy street, or it may be very cold.  If smoking outside is not an option for you, you should keep the house well ventilated (open windows, and preferably smoke out of the window), and use air purifiers to trap some of the chemicals and smell which comes out of the cigarette.  Think about buying some potpourri to make your house smell nice.

In order for your air purifier to target cigarette smoke specifically, it should contain both an activated carbon filter and a HEPA filter.


Activated carbon filters are basically made up of a bed of activated carbon. How effective this bed of carbon is will depend on how much carbon is in the air purifier as the carbons abilities are measured by a percentage of its own weight. Check the product descriptions and consumer reviews to ensure an active carbon filter is up to scratch before you buy it.

HEPA filter can remove 99.97% of particles which are 0.3 micron or larger, which includes visible cigarette smoke. HEPA filters can remove particles but are less effective with smells, whilst activated carbon deals with the chemicals in the air to combat bad odours, so together they can make quite an effective air cleaning team.

It’s also a good idea to look at how often the air purifier filters the room because the faster this cycle is will show you how often the air is processed and purified. Air purifiers with higher filtering cycles may be a little high maintenance as the filters will get dirtier in a shorter space of time, but they can also be more effective.